Bulgaria - the country with most loan sharks per capita 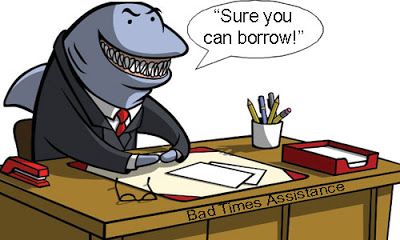 Bulgaria, as some of you may know, is a country in east Europe, near black sea. It has a population of just over 7 million people. Since it was a part of the Soviet Union, it had to transition to a capitalist state and after joining the European Union, certain measures have taken place so it can improve its economy and be worthy as a member.

But this transition didn’t go very well. With all the good things that the capitalism offers, there are just as many bad ones. Bulgaria’s citizens are struggling and many of them live in poverty due to various reason. At time of writing, the minimum salary is only 261 euro and minimum pension just 110 euro. The estimated poverty line is around 157 euro - which means that many are not even able to earn enough for their basic needs. But this doesn’t prevent banks and loan sharks from flourishing. Let me give you some stats.

Wikipedia lists 25 operating banks, but most of them have offices only in the regional cities. On other hand, there are more than 50 companies that offer so called “fast credits” - basically loan sharks. Some of them require you to return more than 3 times the money they’ve lent you. 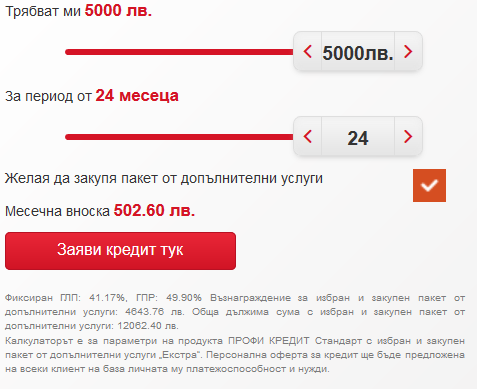 The above image shows an example of such a credit. You’re taking 5000 leva (6000 euro)… Some may say this is because of the long time period, but for this amount you cannot choose a shorter period. Now, where is the catch here? The tick box says “i want to buy a package with additional services”. If you remove the tick, the return value would be only 7600, which means around 50% interest rate, which is still high but not as high as 200%. The problem is that you’re advised to take the additional services and the workers at these places can be very persuading. Usually people that fall for this trick are either in urgent need of money(for health care, for example) or old people - retirees. Do you remember what the monthly pension was? 110 euro, now let’s redo the calculations.

What retirees will return with the above settings

Note that this is all in the fine print, but most of those companies don’t even provide this information, unless specifically asked, and even then they will try to mislead you.

As a finish, here is a map of Bulgaria, containing pins about all offices of a typical loan shark company. Just imagine so many companies, each with just as many offices - more than 20 000 people, do these scams as daily job. It may not look so bad, but imagine Bulgaria is only 7 000 000 people, this is 0.3% of the population. Compared to the USA, the companies there are around 5 times as much, but the population is 46 times larger. 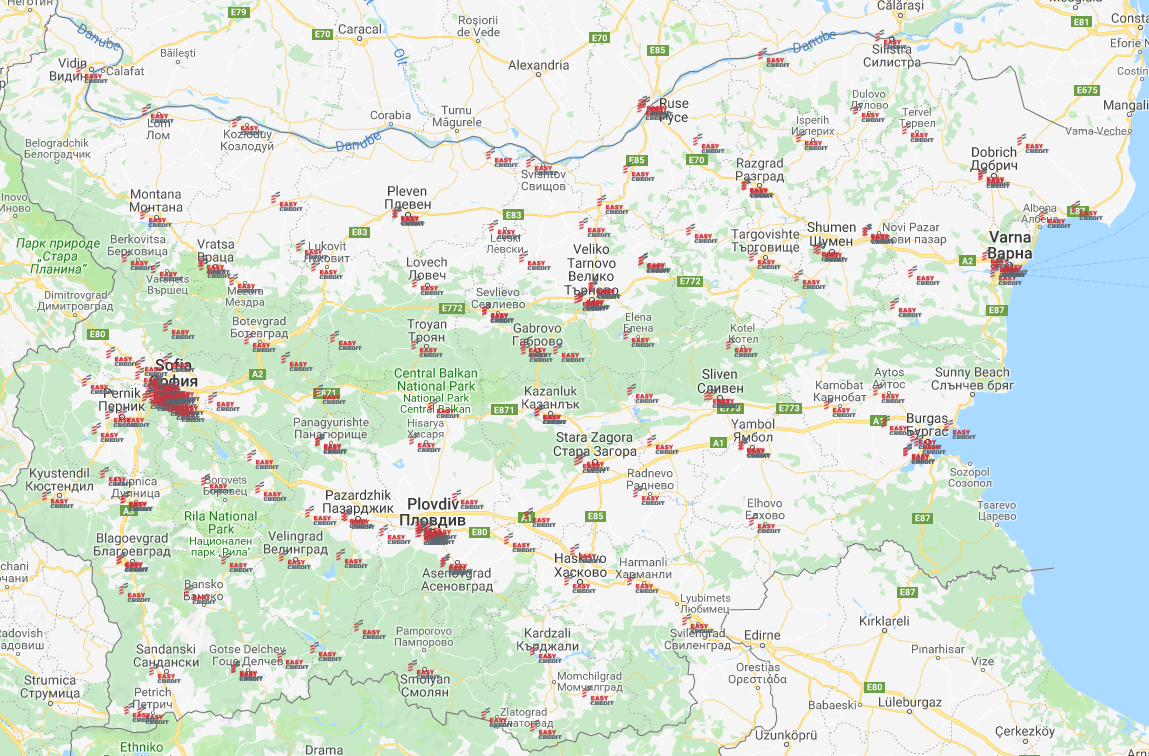 Wikipedia is the largest source of information used for this article.